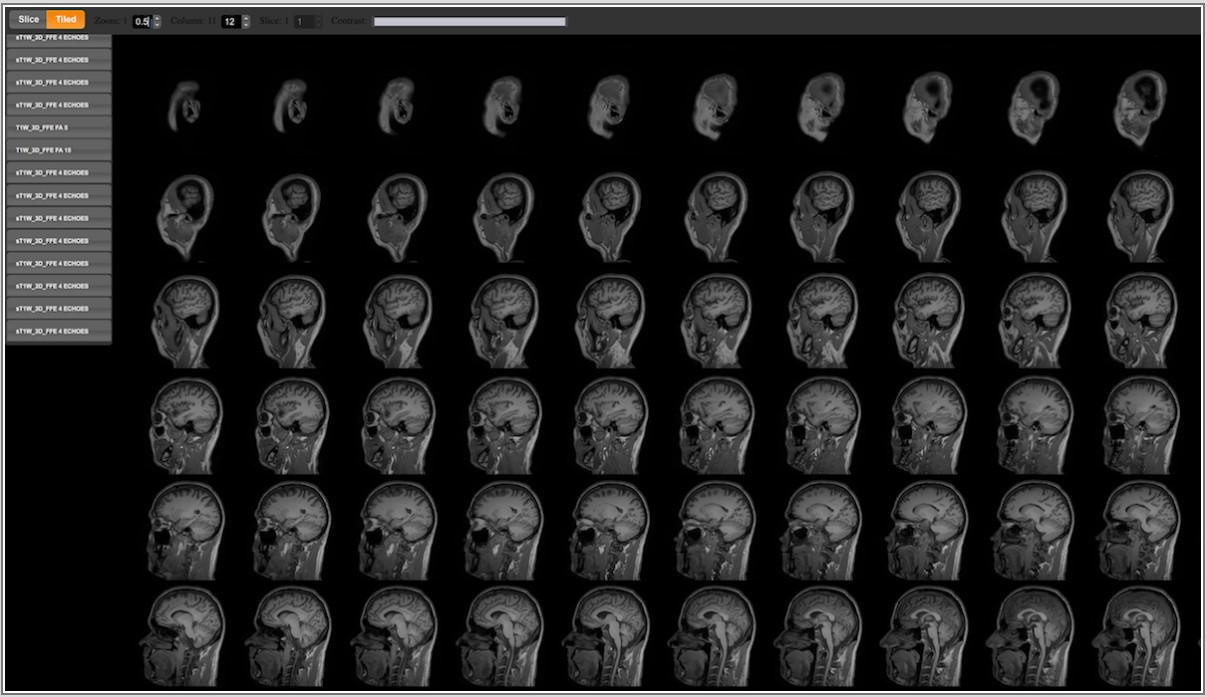 The purpose of developing yet another web-based image viewer, NiftyView, is to use WebGL to take advantage of the parallel computing power in Graphics Processing Units (GPU) hardware for the acceleration of rendering and processing of medical images in web applications. Although several web-based medical image viewers such as Papaya, BrainBrowser and Slice:Drop are currently available, the slow performance of the web-based applications is still one of the major limitations of web-based image viewers. NiftyView is a free web application developed in JavaScript. It has zero footprint; only a web browser and an Internet connection are needed to run NiftyView. It’s advantageous over conventional desktop applications in that NiftyView doesn’t require installation and constant updates. The current version supports NIfTI and DICOM format. As a minimal image viewer, it’s a convenient tool for users who need a quick and easy tool for viewing medical images. Currently, the beta version of NiftyView is freely available.
NiftyView is developed in JavaScript with jQuery for HTML document manipulation and event handling, jQueryUI for user interface, and DicomParser for parsing DICOM files. It’s compatible with popular web browsers including Internet Explorer, Safari, Firefox, and Opera. Either DICOM or NIfTI files can be loaded by dragging files into the browser window. Loaded images can be displayed in single-slice mode or tiled mode. After loading, images are automatically arranged according to the scan IDs for DICOM files and the file name for NIfTI files, respectively. Current functions include image zooming and adjustment of image brightness and contrast. The number of image columns can be adjusted in the tiled mode to maximize the use of the display space. The contrast and brightness of images can be adjusted by clicking and holding the right mouse button or using a double slider widget in the horizontal tool bar at the top of the window.
NiftyView is a free and convenient web application for quick and easy viewing of NIfTI and DICOM medical images. We have shown that a factor of six to eight acceleration can be achieved using WebGL for image processing.