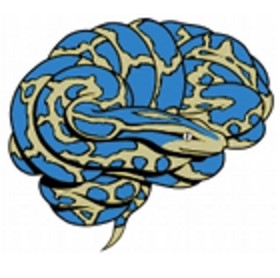 We aim at the large-scale, automatic sharing of software tools between neuroimaging processing platforms, which will increase the relevance of such platforms by providing them with richer repositories of higher-quality tools. Currently, efforts are hampered by the repetitive porting of the same few tools in different platforms. During the HBM 2015 Hackathon, we worked on the export of software tools from the Nipype workflow engine to the CBRAIN web platform for distributed computing. Nipype includes a large number of tools that would be useful to CBRAIN users.
We developed nipype2boutiques a tool to export Nipype interfaces to the “Boutiques” tool description format. Boutiques descriptions are importable by CBRAIN and other platforms (Virtual Imaging Platform and the Pegasus workflow engine). They point to a Docker image containing the implementation of the tool. nipype2boutiques relies on nipype_cmd a tool to run Nipype Interfaces as Linux command lines. nipype2boutiques parses the inputs and outputs of a Nipype interface and extracts their name, type, description and position on the nipype_cmd command line. nipype2boutiques then generates a Boutiques descriptor pointing to a Docker image where the Nipype interface is available. Once a Nipype interface is exported using nipye2boutiques it can be imported to CBRAIN.
We prototyped a software tool to export Nipype Interfaces as Boutiques descriptors, which can be imported by CBRAIN and other platforms. Although the solution is still limited to simple interfaces, we believe that it has the potential to enable fully automatic tool sharing between Nipype and CBRAIN. Future extensions of nipype2boutiques will be published in the Nipype Github repository.