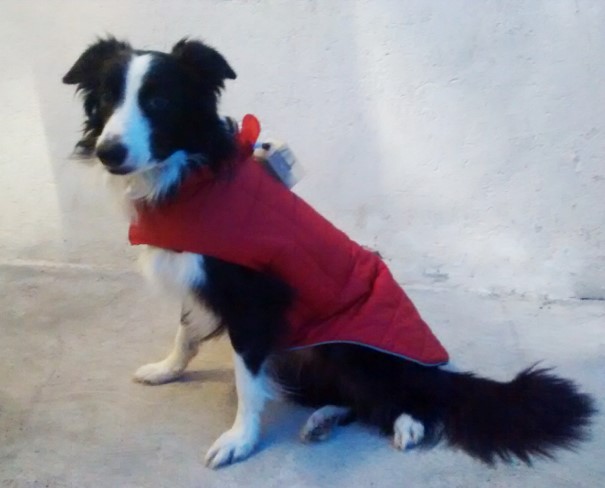 In dogs, the perception of an important stimulus can be related to physiological changes such as the heart rate (e.g., in socioemotional situations with humans or dogs) and the movement of their tail (for example, tail-wagging has a bias that depends on the nature of the stimulus, a bias to the left is related to a withdrawal tendency and a bias to the right is related to an approach tendency ).
Although heart rate and the tail movement are important gateways to understanding dog cognition, just a few studies report these variables. Perhaps this is related to the difficulty of obtaining records of these variables in natural environments (e.g., parks), the elevated cost of commercial data acquisition hardware (around 5,000 USD) or by nonexistence of a tail-movement registering device. For these reasons, the goal of this brainhack project is to design and build a low cost device able to register the heart rate and changes in the tail movement in dogs, both in laboratory and in free movement conditions.
We decided to base our design in Arduino hardware for its accessibility and broad use.
In order to assess if the device could reliably get readings from a dog, we tested it in three phases: baseline, stimulation/no-stimulation and free movement. All phases lasted two minutes and were repeated twice on two dogs. In both, baseline and stimulation/no-stimulation, the dog stayed in sphinx position without movement restrictions but under the command “stay”. The stimulation/no-stimulation phase consisted in three interleaved repetitions of two types of conditions, stimulation and no-stimulation, each repetition lasted 20s. In the stimulation condition the dog owner showed the dog a treat and mentioned the dog’s name. In the free movement condition, the dog walked down a street without any specific command.
The results showed that the device could be used to distinguish between two different stimulation conditions. In the stimulation/no-stimulation phase a Wilcoxon Signed Rank Test revealed statistically significant differences (p < 0.05) between the beats per minute, beat amplitude and the tail movement amplitude.
By matching the data collected with observations of the movement of the tail, we notice that the data reflects the position of the tail but its resolution depended on the position of the electrode. The data acquired from the free movement condition was affected by the movement and did not seem reliable for testing.
We were able to build and test a non-invasive low cost device with the capacity to register the heart rate and the tail movement of dogs. We consider that the addition of a movement sensor could provide additional data to reduce the change on the signal due to movement.
This device can be integrated in future research on dog cognition. It can also be used in shelters and homes to easily measure the responses that dogs present to different sets of stimuli; for example, when a dog is left alone in its house and shows stress (i.e. increased heart rate, preferential tail movement to the left) the dog’s care giver could make changes in the environment to increase the well-being of the dog.
The low cost and the easy access to the materials needed to build the device make it a feasible option to study dog cognition.