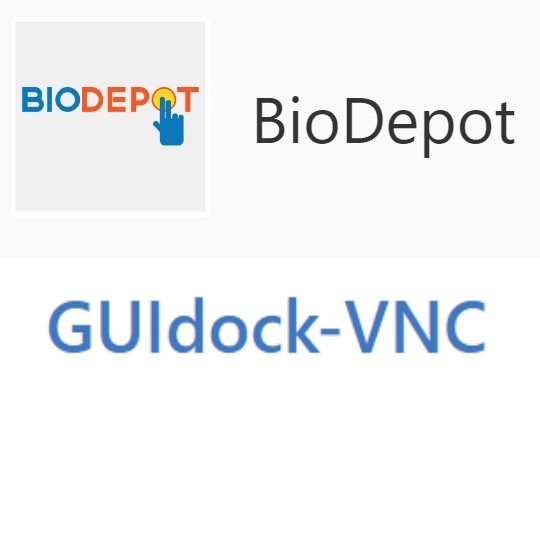 Software container technology such as Docker can be used to package and distribute bioinformatics workflows consisting of multiple software implementations and dependencies. However, Docker is a command line based tool and many bioinformatics pipelines consist of components that require a graphical user interface. We present a container tool called GUIdock-VNC that uses a graphical desktop sharing system to provide a browser-based interface for containerized software. GUIdock-VNC uses the Virtual Network Computing protocol to render the graphics within most commonly used browsers. We also present a minimal image builder that can add our proposed graphical desktop sharing system to any Docker packages, with the end result that any Docker packages can be run using a graphical desktop within a browser. In addition, GUIdock-VNC uses the Oauth2 authentication protocols when deployed on the cloud. As a proof-of-concept, we demonstrated the utility of GUIdock-noVNC in gene network inference. We benchmarked our container implementation on various operating systems and showed that our solution creates minimal overhead.