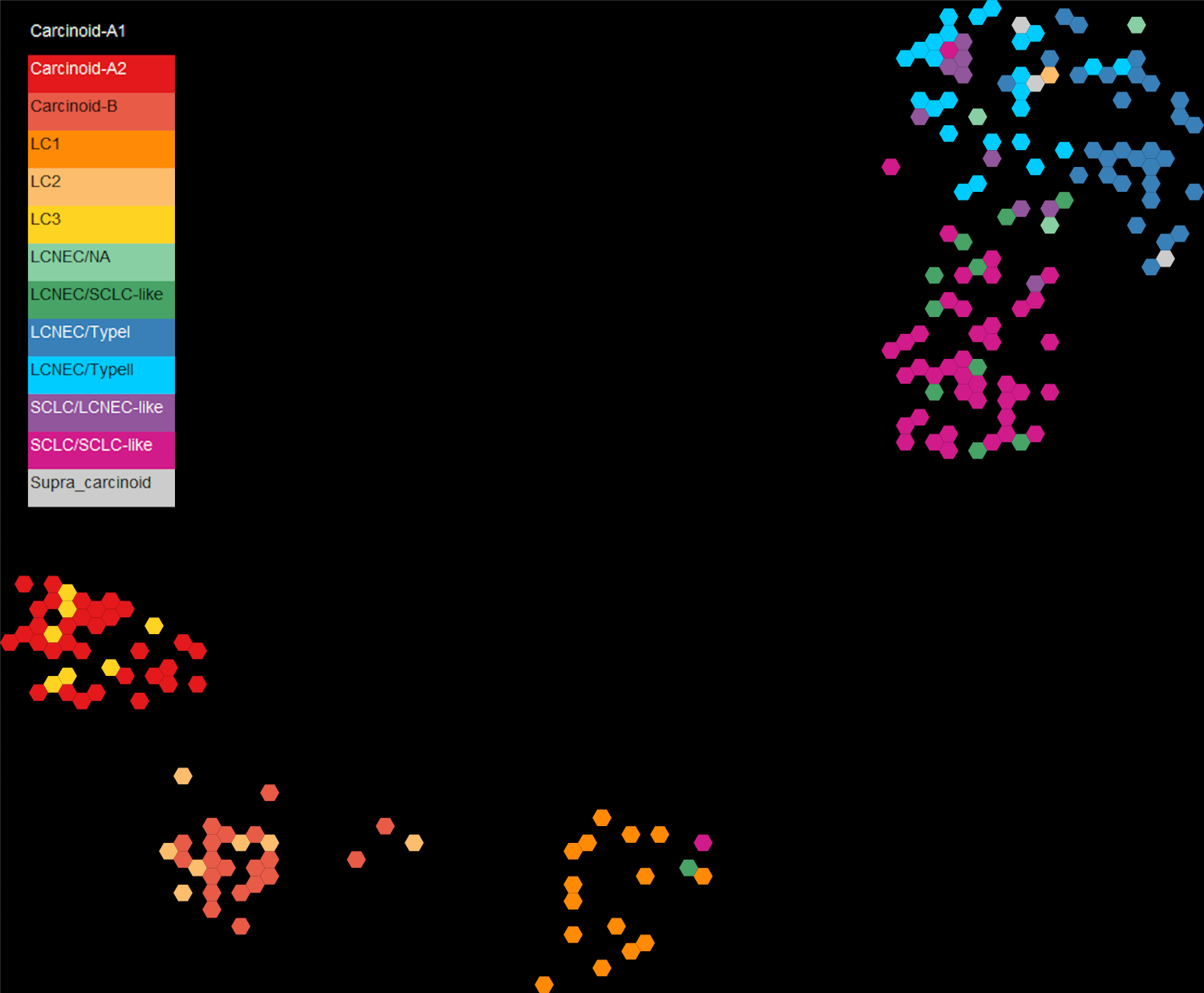 Supporting data for "A molecular map of lung neuroendocrine neoplasms."

Lung neuroendocrine neoplasms (NENs) are rare solid cancers, with most genomic studies including a limited number of samples. Recently, generating the first multi-omic dataset for atypical pulmonary carcinoids and the first methylation dataset for large-cell neuroendocrine carcinomas (LCNEC) led us to the discovery of clinically relevant molecular groups as well as a new entity of pulmonary carcinoids (supra-carcinoids).
In order to promote the integration of lung NENs molecular data, we provide here detailed information on data generation and quality control for whole-genome/exome sequencing, RNA sequencing, and EPIC 850k methylation arrays for a total of 84 lung NENs patients.
We integrate the transcriptomic data with other previously published data and generate the first comprehensive molecular map of lung NENs using the Uniform Manifold Approximation and Projection (UMAP) dimension reduction technique. We show that this map captures the main biological findings of previous studies and can be used as a reference to integrate datasets for which RNA sequencing is available. The generated map can be interactively explored and interrogated on the UCSC TumorMap portal. The data, source code, and compute environments used to generate and evaluate the map as well as the raw data are available respectively in a Nextjournal interactive notebook, and at the EMBL-EBI European Genome-phenome Archive and Gene Expression Omnibus data repositories.
We provide data and all resources needed to integrate it with future lung NENs transcriptomic studies, allowing to draw meaningful conclusions that will eventually lead to a better understanding of this rare understudied disease.

Accessions (data referenced by this study):